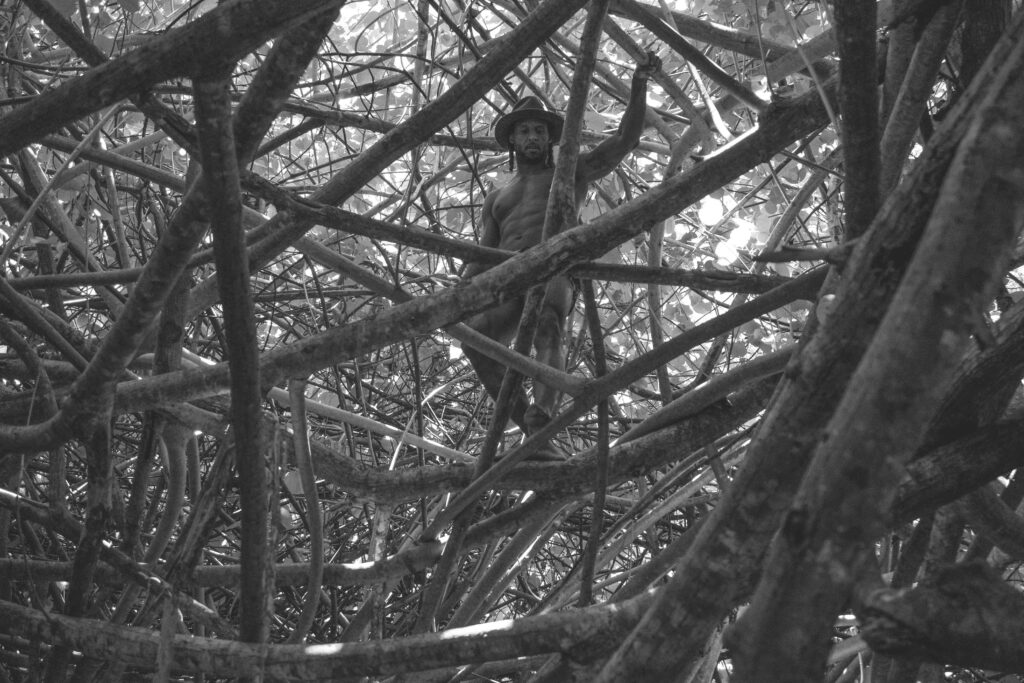 How do you define fear?

N: I go by the simple definition of “False Evidence Appearing Real.” It has been my working definition for a while now. There has been a lot of conversation recently around primal fears and hardwired biological fears, but if you look at the actual studies that these conversations are based on, you find that our earliest fear indicators aren’t hardwired at all. Rather, what the studies show is that we are hardwired to learn fears quickly. We learn what to be afraid of based on what we pay attention to combined with the response we receive for giving it our attention. When we see a child too close to a hot stove we react in a way that teaches the child to respond to our reaction. When our reaction is exaggerated the child’s learning response is exaggerated, when the reaction is accurate to the threat level the child’s learning response is accurate to the response level. All of these learning tools are innate. We aren’t innately afraid of snakes. We are fascinated by snakes. So we investigate them, which leads to a lesson of fear through first hand experience.

“Bhaya” is the ancient Sanskrit word for fear, which in its eastern philosophical context is considered a direct cause of suffering and one of the main obstacles on the path towards liberation. It is also considered a necessary instigator to its dynamic opposite “abhaya” or fearlessness. In what ways have you utilized your own fears to attain a sense of liberation?

N: Interestingly enough Bhaya is a term from the Dharmasastra which is religious law and Bhaya (fear) is cited as a reason for giving “false evidence” so it ties directly into my working definition of fear. There is no liberation obtained in fear, fear is the paralyzing agent of insecurity. Any liberation that appears to come from fear is actually love. Every step taken towards the fear is done so in love. It’s how we navigate through the fear, but fear is not the motivator, love is. Stepping into the fear is how you pass through it.

It is often said that fear is the shadow of love. In the same way our shadows are intrinsically related to existing in physical form, fear and love go hand and hand. What are your thoughts on this? And how does this dynamic relate to our interactions with each other as humans?

N: Fear as a shadow is a great analogy because the fear itself is about as definitive as a shadow. Love and fear do go hand in hand but they are not two different sides of the same coin. Love is all sides of every coin and everything else is a reaction to love. Essentially, love goes hand in hand with everything. Fear is the Ego’s way of controlling spirit, keeping the flesh “safe” and out of harm’s way, which is still love, but love of the flesh experience. That’s the Ego’s job, it’s in the job description: keep the flesh space suit safe for the duration of the experience. Ego is the first line of defense for the flesh. Spirit doesn’t give a fuck, spirit is free in a way that is unbound to space and time and ultimately life. Spirit is what gives us life but it also isn’t bound to it. So Ego uses fear as a seatbelt. Ego loves you, it just loves the physical experience of you more than anything else. All is love, there is no escaping love. Even in the most horrific grotesque scenarios you will find love somewhere in the equation. What’s more, most horrible situations spring from the desire of love, a yearning for love, the insecurity of facing a world that doesn’t show love.

How can we utilize fear to create more openness and strength in our lives and in the world?

N: We can respond with love.

Ego is protecting the flesh from its own demise. It’s in constant game theory mode, calculating the odds of death as it sees it.

What do you see as the main differences or similarities between humans and animals in regards to the experience of and reaction to fear?

N: I think non-domesticated animals have a different reaction to fear than domesticated animals. I don’t even know if wild animals experience fear as we do because they can’t really afford to cower in it, they have to face survival head on daily. Their dangers are real, so in this case, fear being a learned response doesn’t hold the same weight. In the wild gazelles still live near lions. I also don’t want to anthropomorphize animals into some Disney version of us. Domestic animals are forced to live in the human experience so they will inevitably be conditioned in a similar way to how we condition ourselves. If we make dogs wear boots their feet will get soft just like ours have. If we carry them 50% of the time their legs will be 50% weaker. They probably experience fear and suffer from depression and shit like that. We are weak animals making other weak animals.

Laird Hamilton says that “This [fear/adrenaline] stuff is connected to some deep primal instincts that we’re not getting fulfilled because we’re not having to run from predatory animals like we did for hundreds of thousands of years before. So now we have to make up new activities to fulfill those emotional needs. I think there’s a level of it in every human…” Do you think that humans today are motivated by fear due to a sort of primal programming? Or is our fear more motivated by social relations and culture? Or both?

N: Both. You can’t pull the eggs out of a baked cake. We are socialized from birth and many of our epigenetics are acting on socializations that happened before birth, so we are literally nature and nurture dancing with each other to this beautiful song we call life.

What are you afraid of?

N: I’m not afraid of much, the dangers of life are real, the fear around those dangers aren’t. The fear is a projection into a future that doesn’t exist. I pray my nieces enjoy this life and experience it to the fullest as their hearts see fit and they live as long and as loving as they want. I hope they feel empowered and supported in this life they called forward for themselves. That’s how I respond when I have fear for them in this world. I default to the space that they chose this and they are God manifest.

In psychology, an irrational fear is categorized as a phobia. Thoughts on this? What are your phobias?

N: I don’t have any phobias that I can think of. Once while I was in Hawaii snorkeling I saw two beautiful sea turtles. You can’t touch them but they are so magical and majestic in their movements and the way they glide through the water that I became lost in my observation. I swam with them for what felt like forever (though it was probably only 10 mins or so). I forgot that I had flippers on and how fast sea turtles move through the water. By the time they left me and I actually looked at where I was, I was so far from the beach that I could only make out the hill that the hotel was on. The beach itself was gone. I had a brief moment of panic and fear around the distance and sharks. Then I accepted my reality and started swimming back. I didn’t die.

Seneca wrote: “We are more often frightened than hurt; and we suffer more from imagination than from reality.” Do you think that much of what we fear in the modern age could be, in fact, an imagined “worst case scenario”?

N: Of course. Ego is protecting the flesh from its own demise. It’s in constant game theory mode, calculating the odds of death as it sees it, given all the data it has accumulated. It doesn’t matter if you believe in spirit or biology or computer algorithm simulation, it’s all the same. The user experience is happening through the flesh and the Ego is Norton’s Antivirus software protecting the hardware. The Ego’s job is to use fear to get the flesh space suit to step away from the ledge. Spirit wants to redline everything.

American psychologist and Buddhist philosopher Tara Brach believes that a “shift in our relationship with fear is central to the evolution of consciousness.” She states that when fear goes beyond the intelligent, natural reaction to a potentially dangerous situation (self-preservation), we go into a “trance that contracts our body, heart and mind.” The result: perpetuated suffering. How do you or how can we allow our grip on that fear to loosen and what is or could be the result?

N: Meditation and breathwork are super important but so is extraneous physical activity. We have to move beyond perceived limitations and one of the safest ways to do that over and over again is through physically and mentally challenging activities that we impose upon ourselves. As we move beyond these levels we set for ourselves, we start to feel like we can do anything. This is also important for the Ego as well because the Ego can loosen the grip on the mind a bit when it trusts the body to perform under pressure. I don’t believe in separating the flesh from the spirit on this plane. We are here, spirits navigating this world through the flesh. Let’s find our rhythm and dance!!!!

Netic Rebel is a cyberfuturist philosophy thought leader and one of the founding members of The Wildfire Initiative. 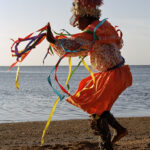 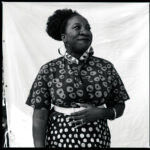 WHEN YOUR TRUTH LEADS THE WAY TARANA UNBOUND

Tarana Burke, founder of the Me Too movement, has written about her journey as an activist in the movement world. In her book Unbound: My Story of Liberation and the...

The words come in a torrent. For me, they always have. I’m still stung by the mocking laughter of my third-grade classmates the day my teacher said I had “verbal... 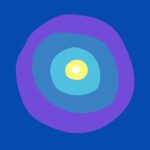 On the wings of a nectarean exhale that seems to expand into the infinite, we find ourselves in a smoky, purple realm suffused with a light which leaves no shadow,... 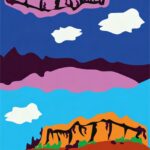 You speak to me in my language.  I speak to you in yours. The towers of oppression tumble between us